Many families have sought to understand exactly why a loved one has died while in the custody of the police. The failure of the Home Office to release the long overdue report by Dame Elish Angiolini into such deaths is appalling. 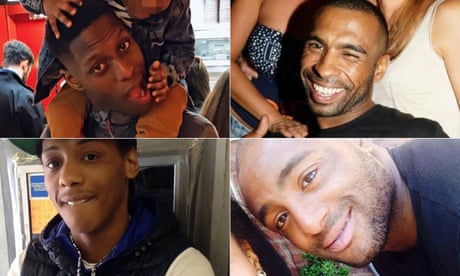 According to the justice charity Inquest, since 1990 there have been 1,061 deaths in custody with barely a handful of prosecutions of any police officers involved. (I have supported a number of families in their quests to find answers). Needless to say there have also been no convictions of a police officer implicated in these deaths, even though several inquest juries have delivered verdicts of unlawful killing.

The still unpublished report, which the Guardian has seen, says that there is “evidence of disproportionate deaths of black and minority ethnic people in restraint-related deaths.” And according to a statement from Inquest: “Black people are disproportionately more likely to die following the use of force by police.”

Had the Angiolini report been published in the summer of 2016 – as promised by the then home secretary, Theresa May – and its recommendations acted upon, there is a possibility that lessons would have been learned that would have made deaths like that of Rashan Charles last July – while being apprehended by police – less likely: video footage shows the 20-year-old being wrestled heavily to the ground by a uniformed officer.

We will never know, sadly, but what we do know is that since May left the Home Office there has been a change in position. Rather than seeking to hold the police to account, the Home Office now appears to be giving ever more support to whatever the police wish to do, particularly with the black community. It was only last month that the home secretary, Amber Rudd, backed the Met police’s increase in stop-and-searches on young black youths.

For those of us who have been engaging with such issues for a long time, we know that this will not lead to less knife crime. More unnecessary stop-and-searches will only lead to a further loss of confidence in the police from the black community. The same goes for the failure to release the Angiolini report.

The home secretary should be holding the police to account instead of covering their backs by not releasing this critical report. Families who lost loved ones at the hands of the police may not have received what they considered to be justice through the courts, but they would want to know that there has at least been some institutional learning from their losses – that this won’t happen to anyone else again.

Rudd’s reluctance to give them that meagre sense of justice is truly baffling – and while she sits on this report, the likelihood that someone else will die in police custody increases. Should this happen then the blood trail will lead all the way up to the Home Office, and the home secretary herself.

• Stafford Scott was a co-founder of the Broadwater Farm Defence Campaign in 1985, and is now a consultant on racial equality and community engagement